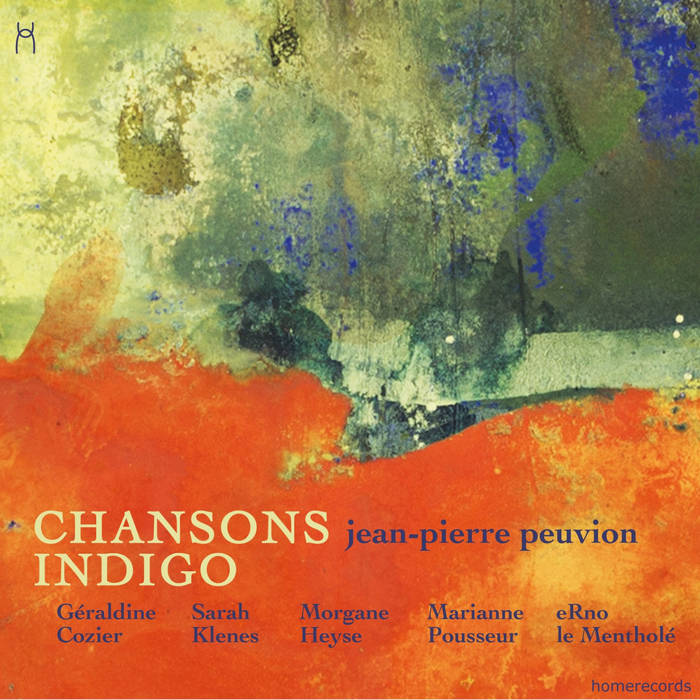 Indigo, trapped in between the blue and the violet of the Rainbow scale, is not well defined, it is Ephemeral. However, the Indogofera tinctoria’s pigment is dark blue, bewitching…We dream of a vegetal song ! ….without added effects….

The Indigo mood will tingle the spine of our songs… It can be observed right from the 2nd part, about Charles Loos, this faint waltz for Lester, Lester Young the president, who will revolutionize the saxophone, the Archangel with a foghorn, pouring out divine audacity, gentle strokes at each verse, whose music turns into sweet agony…Nostalgia…Ether….

The Album begins with the traces of these Lyrical-Songs… the LA is delivered, a single note, void of any “harmony”, produced by an immense glass, a note filled with “echo”, sending forth sparkling fragments..Around this loose thread, note-words twine – not originating from an invention, but from a dictated transcription of the heart of the poem – , the sapphire of the feminine vocal cords emitting each phoneme by blade, cutting, hypnotizing, “zooming” it… holding off every “lyrical stream”, apart from that of the deepest honey…Such that the fruit of the word, especially the geyser of the essence and the evocation, should not be trimmed at the root…That would be an insult to René Char!

The Album will bend like that, at every part, from Epure to Indigo mood, through the windows of some « Haiku minute », until the low tune of the final signature….A geranium plucked from the islands will fade as a fossil in an album…