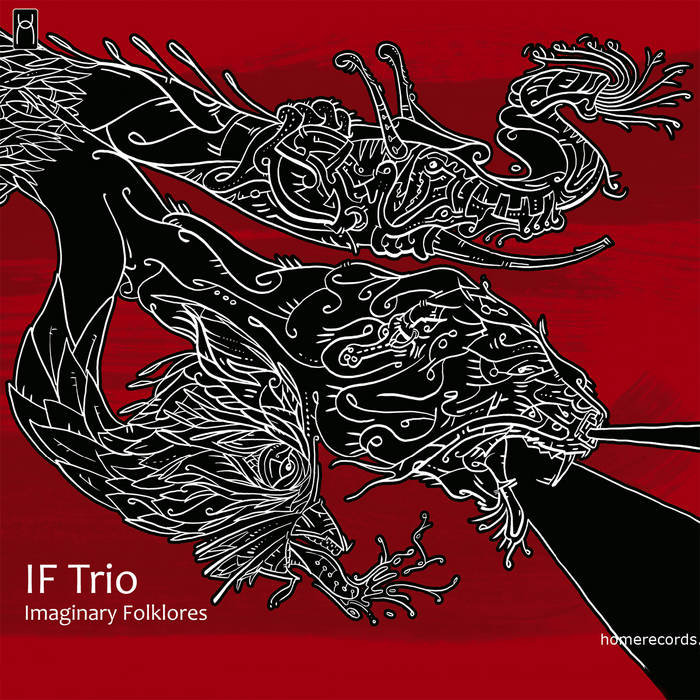 Musical nomadism in a land of Imaginary Folklores

IF Trio (Imaginary Folklores) is an acoustic ensemble in chamber-music format, playing a resolutely contemporary and cosmopolitan repertoire of original compositions and improvisations.
Created in Brussels in 2010, IF Trio has since performed in over 50 venues in France and Belgium as well as touring India and Nepal. The tour was the subject of a documentary, which is currently in its post-production stage. Their first CD is released by the Belgian Homerecords.be label in February 2014.
IF is music of and for today’s globalized world. The musical trajectories of the IF members have influences from India, Finland, France, Belgium, Argentina and Canada. This cultural plurality is the
source of their inspiration allowing them to create music firmly rooted in classical and jazz instrumental while incorporating modern imagery. The group composes, arranges and improvises it’s own music, imagery and scenography.
If’s music is the union of 3 musical talents revolving around a repertory of original compositions. Since their beginning they have created a strong, unique sound bringing together influences not only from classical and folk music but also from contemporary and rock music. On stage, the group takes its audience on an emotional rollercoaster ride with their spontaneous playing, extravagant rhythms and sounds, but also melodious and soft playing.