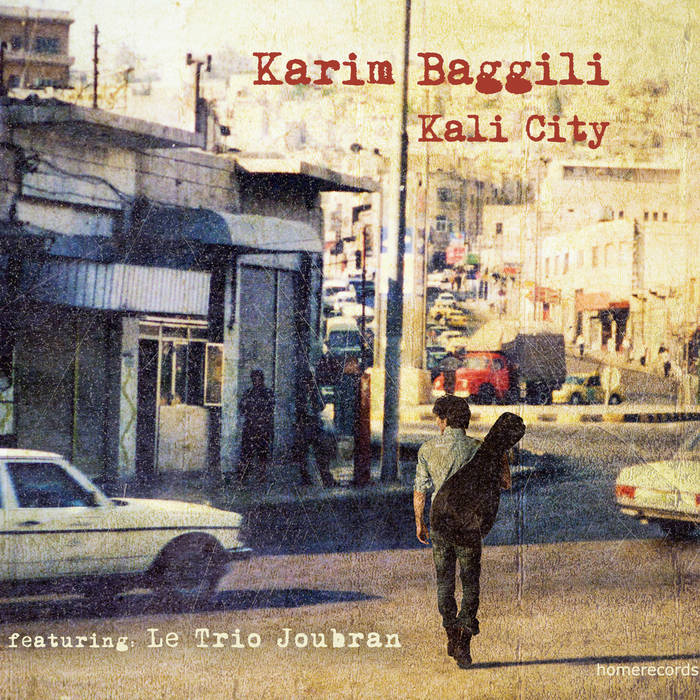 Kali City, something that Karim Baggili has dreamt of for a long time. With this album he puts down his guitar and picks up his oud. A lute inseparable from an arabian music that the artist has always carried in his heart and to which he pays a homage whose secret he has. As he summarises "It rocks me, it pierces me, I adore it".
During the course of two parts, the first with the three Joubran brothers ("graceful, generous and talented") and the second surrounded by his "Arabic Band" with its traditional instruments (kawala, ud darbuka), Karim Baggili invites us on a journey to the east and this Jordan of which he keeps so many memories.
Without simply offering traditional airs, he opens the door to modern and offbeat compositions, taking inspiration from what makes up his identity, adding his personal touches in order to finally recall that music can and must sometimes go beyond frontiers to provide other sensations and open horizons.