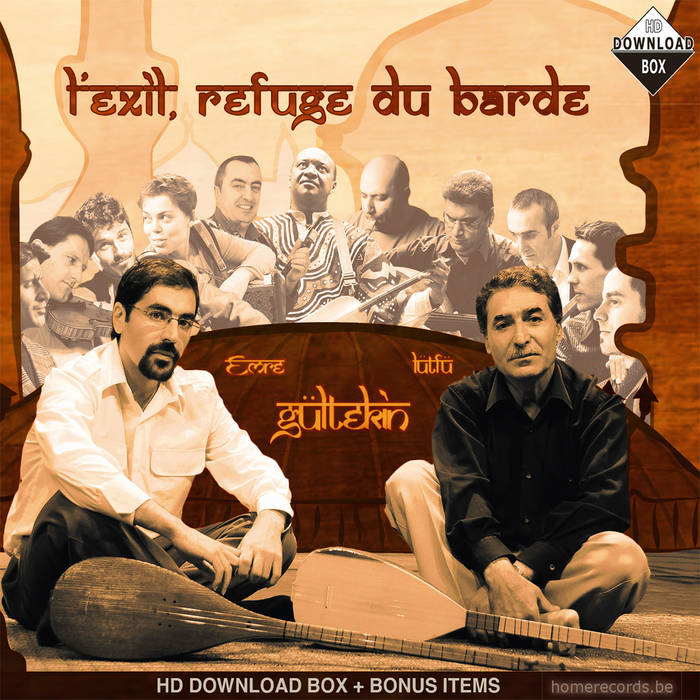 I began to know Lütfü discretely, in the shadow of his son Emre, during the CD recordings or concerts of his sons. It was only much later that I got to know the shreds of a hard but fascinating life; his roots in Tunceli, the move to Istanbul and, later, to Europe. The hard work in the coalmines, the loss of many friends in Sivas… but, above all, his love for poetry and justice. A life in which music and language rhyme with freedom and friendship. On this CD, his son Emre collected his befriended musicians as a tribute to his father, teacher and inspiration: Lütfü. The diversity of the musicians couldn’t be more symbolic: an Armenian duduk player, a German accordionist, a Senegalese hoddu player, a Belgian tchatkan player, and, of course, some of Turkey’s biggest music personalities. This CD is not only a tribute to the bard Lütfü, but also to all those who, just like Lütfü, swim against the current, armed with nothing other than an instrument, a pen, or a voice,… A tribute to liberty. A tribute to beauty.