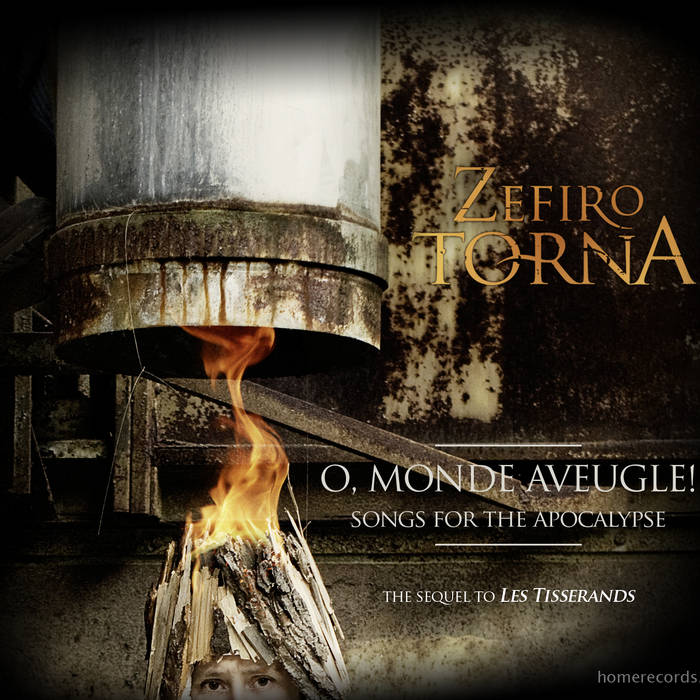 ‘O, Monde aveugle!’ is about the decay of a civilization, about people on the edge and an uncertain future. It appears very little has changed since the fourteenth century. And that is exactly the mirror Zefiro Torna wants to hold up to
our faces with its programme. But this album is not a grimly moralizing programme, it does not only deal in destruction and misery. The concert also clears the stage for carnivalesque and scabrous elements, as indeed the period contains a lot of that material as well. The story is contained within the music, the rhythms, the timbres and the texts. It is based on early music, but as it mixes with jazz and ethnic music one easily ends up with a remarkable combination of instruments.