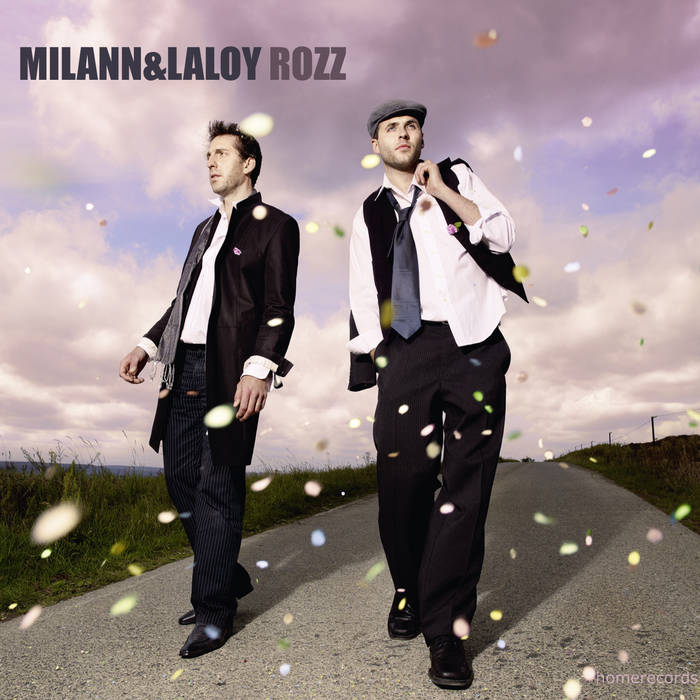 After a first album which was well received by both the
media and the public, Milann&Laloy returns to the stage with a new
album Rozz, going even further in search of an eclectic mixture of
genres and styles.
With this album, Milann shows us how his music production know-
how has evolved thanks to the label homerecords.be that gave
them all the means to realize their dreams! This new album is both
more pop, more sentimental, and more rock. The songs themselves
derive clear inspiration from all aspects of human relationships. And
there is even a special guest - Milann’s father gave a little help with
the writing of some on the lyrics on the French songs. Every song is
a new surprise that sounds like a dream come true.
Overall, this new record is a faithfully sticks to its aim: to surprise
constantly. Milann&Laloy blends so easily r&b and tango, showing
that they feel free to be Belgian, and they are still proud of it.