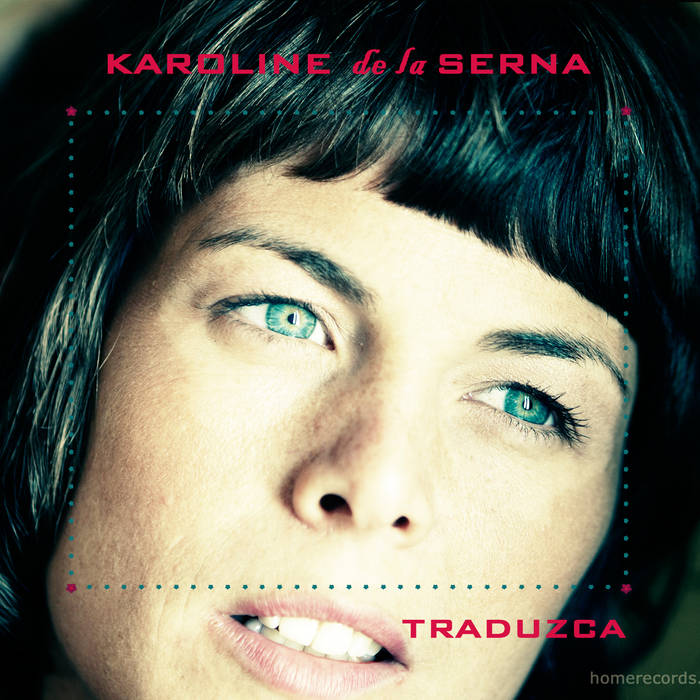 “Traduzca” is Karoline de la Serna's first album in which you will be able to discover her own compositions sung in Spanish. It will be released in August under the homerecords.be label.
Her music is modern and acoustic with a mix of joy, melancholy, depth and lightness. Karoline is surrounded by her musician friends bringing together the South American colours and rhythms of flamenco, jazz and tango.

When Karoline expresses herself in writing, she does so in order to liberate herself, release herself, cry, laugh, and quite simply to live. When her words are transformed into music, she opens the heart and mind.
It is Karoline’s desire to be true to herself through her music.

“If I chose to compose and sing in Spanish, I did so in order to find myself... I've discovered an entire inner world that I did not know before, my origins, my impulses, the movement of life and my body. I went back to my roots and tasted new tones and new feelings. Every song tells a little bit about me and my life. I sing about the beautiful encounters which helped me to grow. I would like to transmit a message about finding oneself through my songs.”