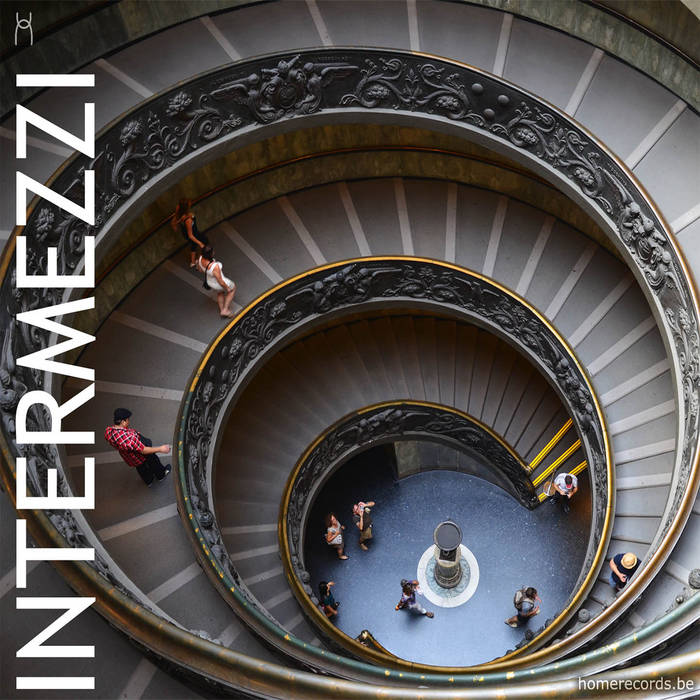 "Intermezzi”, the musical ensemble directed by Eric Bianchin of the cultural Belgian association "Ateliers d'Art Contemporain", was born in 2010, after a "son et lumières" in the church Saint Barthelemy of Liège. A first album is recorded in 2011 with the expert ear of Rudy Coclet, and the complicity of Jean-Paul Estiévenart, Sam Gerstmans and Michel Seba. "Uno" is there.

Intermezzi starts a series of concerts in Belgium and italy. After the discovery of the sounds and universe of guitar players such as Karim Baggili or Quentin Dujardin, the ensemble polishes its musicality and directs a second opus in January 2013. The group - a result of meetings between young musicians and Belgian jazz personalities - evolves in a melancholical world music.

The second opus asserts the will to project a different way of learning music. "Dos" is an album which has to be listened to as a whole; that tells us an imaginary tale. Recorded with the company of Karim Baggili, Quentin Dujardin, Stefan Pougin, Gregory Houben, Cédric Raymond, and Quentin Liégeois, Eric Bianchin's music spreads itself by mixing styles. A music that deliberately swims against the tide”.
"Dos" is there.