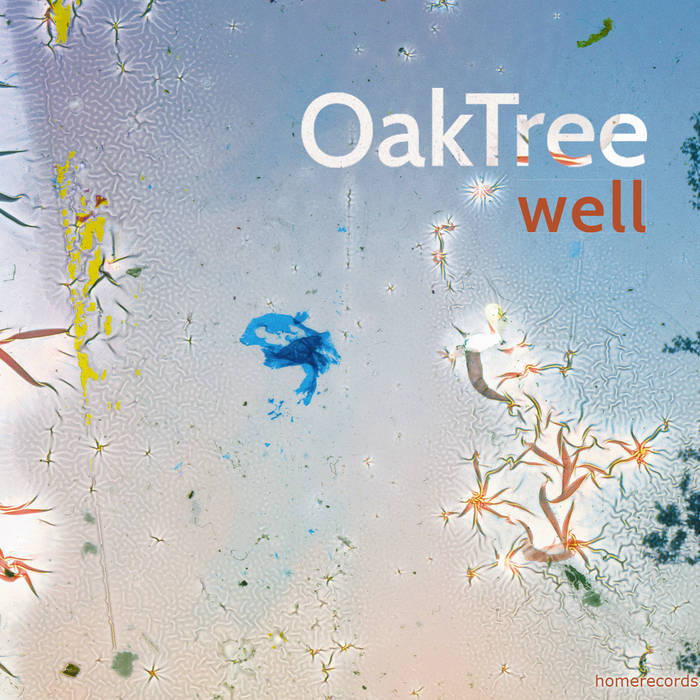 flemayb3 I love the diversity and versatility, the very large scope of the project. It is very original and remain accessible at the time. Really a great realization.
Voice and english makes it reach out. The skats are great, instrumentation and rhythmic of a great talent. Thank You Favorite track: Oufti Oufti.

OakTree is an acoustic music trio, exploring the potential of the unusual combination of voice, cello and accordion; an adventure into sound colour and texture, full of surprises, nourished by jazz music, folk and chanson, that transports the listener to the land of dreams (J-C Van Troyen - Le Soir). A poetic and unbound music is brought alive by three generous musical tightrope walkers who invite the listener’s imagination to wake up and dance!

Following their first album “à dos d’âmes” (MognoMusic 2012), intimate and adventurous, oscillating between compositions and free improvisation, the new album ‘well’ puts forward original compositions with the exception of the cover of Sam Cooke’s “A change is gonna come”.
OakTree’s writing is interwoven with those of their guest musicians, both on tour and for the album: Michel Massot (trombone and tubas), Tcha Limberger (violin and voice) and Kristof Hiriart (voice and percussion), all three of them approached for the originality of their musical idiom, their spontaneity and the life in their music.
The encounter was magical and rich in many ways! Stimulated and inspired, the trio explores new horizons, dares new musical choices and offers a music that is more grounded and engaged, while remaining lyrical at all times.

A grant offered by JongJazzTalent Gent in July 2013 supported this project, the fruits of which the trio will present at the GENT JAZZ FESTIVAL on the coming 11th July at the occasion of the release of their new album ‘well’ (Homerecords.be 2014), and, later, to be completed, in whole Belgium, Luxembourg and France (release in February 2015)!